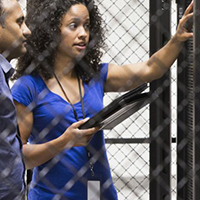 What to expect in 2015 in security and technology

Home / Blog / What to expect in 2015 in security and technology

As hard as it is to believe, 2014 is almost at a close. While some think about Holiday gatherings and gifts, I ponder what the next year will bring. What will security, technology, mobile and the cloud look like in 2015?

Security is primed for change and we will see pressure both internally and externally. External pressure will come from compliance and consumers. It takes time for security practices, even those specified by governing bodies, to be widely accepted and practiced. However, we have reached the point where the expectation is for compliance and best practices rather than best effort. Customers are also exerting pressure on organizations to better protect their data and privacy. 2014 was full of significant breaches by major companies and this has shaken consumer confidence.

Internal pressures will be seen in the need for more integrated security technologies that help improve the way they do their job without being so invasive. This will result in a greater push for security architectures to closely conform to operational objectives. Adoption of IDM and MDM will increase along with “software defined” systems, placing the focus on the purpose rather than the process.

I anticipate a growth in the use of analytics and supporting systems such as databases and storage. The Internet of Things is creating more and more data that corporations can use to gain more information on customers and operations. Existing tools and many custom developed tools will be harnessed to take advantage of this data. The cloud will play a big role in allowing companies to scale and to utilize powerful online analytical capabilities of cloud providers.

Lastly, companies will integrate more business operations into mobile apps and employ technologies to create seamless experiences for users no matter where and on which device they connect. Again, the cloud and virtualization technologies will fuel this capability.

I see 2015 as an exciting time for those in security and technology but even more so for those companies and individuals who will be empowered through more effective and secure systems.