Concerned You May Have Been Hit with Ransomware, Wiper Malware, or a DDoS attack?

For over three years, Russia – one of the world’s most aggressive and skilled cyber powers- has been using Ukraine as its proverbial test lab, by experimenting with a variety of cyber warfare tactics.  As a result, Russian hackers have undermined nearly every sector of Ukraine: energy, finance, transportation, politics, military, and the media. They even shut off power to hundreds of thousands of Ukrainians in the dead of winter on two separate occasions, causing pipes to burst.  Hackers are making the leap from purely digital mayhem to real physical damage upon their adversaries with the potential to impact the entire world and slow the gears of modern society.

The Russian invasion of Ukraine has resulted in a major escalation in this ongoing conflict.  The potential impact could be dire, not just for these two countries, but for the entire world.  You don’t have to be a high-value target in Ukraine or Russia to become collateral damage.  Rather, experts fear that cyberattacks will spill over into other countries, causing US-based businesses to become victims.  Here are some threats and resources to help you address them.

Wiper malware is largely the same as ransomware, however, it doesn’t typically collect a ransom.  There are two variants to be on the lookout for:

Many cybersecurity experts are expecting that the threat of sanctions will cause an uptick in ransomware.  Sanctions have been catastrophic to not only the Russian government and economy but also to its citizens.  It’s safe to assume that a cyber powerhouse like Russia would turn to its ransomware infrastructure for easy cash. To learn more about ransomware, check out our blog: What is Ransomware?

The concern of retaliation is so great that on March 4th, 2022 the White House’s deputy national security adviser for cyber, Anne Neuberger, ran a tabletop exercise to ensure that federal agencies were prepared for Russian cyber-assaults resulting from sanctions.

DDoS attacks utilize a large number of internet-connected devices to flood a target with requests and render it inoperable.  Without a properly configured external perimeter, it may be very difficult for a target of a DDoS attack to defend itself due to the nature of the attack.

Unplanned downtime caused by a DDoS attack is an incident that requires an immediate response.  Do you cover this scenario within your IR plan? For more on this, check out our blog: What Should I Include in My Incident Response Plan?

With the surge of compromised machines during this cyberwar, there are concerns that many business and personal devices are being compromised – completely under the radar and without alerting the owner of the device – to be used in large-scale DDoS attacks. What are you doing to ensure the integrity of your networks?

Increasing Your Online Security During Cyberwar:

Sources We Are Reading

What to do if you get hit with Ransomware, a Wiper, or DDoS

Check Out Our Other Related Blogs:

What is an Incident Response Plan and Why Are They So Important?
What to Do When You’ve Been Hacked? Grab your IRP.
Not all Pen Tests are Created Equal: Vulnerability Scans vs. Pen Tests

Is your business prepared for the future of ransomware?

Don’t wait for a Ransomware Attack.  Start Protecting Your Data Today.  Our experts can help your organization layout a customized plan to protect you from hackers, malware infections, and system failures.

Have you been hit with ransomware?

TCDI’s experienced digital forensics and incident response  (DFIR) team will be ready at a moment’s notice.  Our experts will contain the threat, secure systems, forensically preserve important evidence, and conduct a review to uncover important facts regarding the incident. 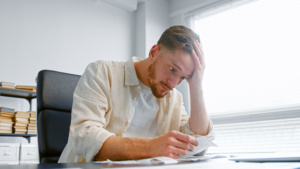 If you have been involved in any eDiscovery at all, you likely have experienced a project whose cost spirals far beyond the initial, confident estimates. 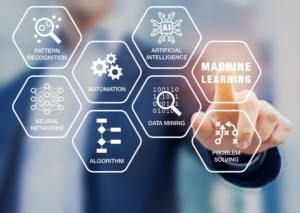 One of my favorite quotes by Bill Gates, that I refer to often, is  “technology is just a tool. In terms of getting the kids

June is known as Pride month, which means many different things to many different people, especially depending on one’s age and life experiences. For some,

For the first time in two years the CLOC Global Institute (CGI) was held at the Bellagio Casino in Las Vegas, and it was my 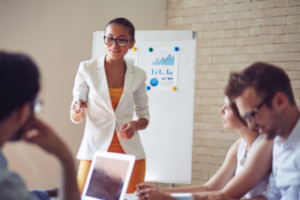 Cost is one of the primary concerns in managing complex litigation. Companies can find themselves hit with hundreds or thousands of pending cases, turning their