On April 6th, CM|Law hosted a full day symposium on “Blockchain Law and Technology”.  The diverse speaker lists, in addition to CM|Law and other college/law faculty, includes leaders from FINRA, the FBI, IBM, ConsenSys and the Brooklyn Project, Duke Center on Law & Technology and Linux; several law firm experts from Morrison Foerster, BakerHostetler, and Hogan Lovells; and a handful of blockchain consultants and experts from around the world.

Since I was unable to participate due to scheduling reasons, I thought I’d at least focus this week’s blog on blockchain, explaining it and touching on the impact it will soon have on you, in legal and eDiscovery.

I will start, as I always do, with a brief explanation of how blockchain works so we’re all on the same page. I was reading a posting on Medium about how to easily explain it, like to a 5 year old, and I was really impressed with the simplicity so I will try something similar. 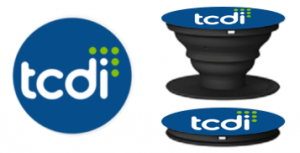 Let’s say I go to the CLOC conference next week and Lawyer A visits our booth (#111) and wants one of our pop sockets.  I hand a pop socket to Lawyer A, and she walks away happy.  There was no intermediary, no waiting and no documentation for the exchange.

Lawyer A wanted a pop socket, and I gave her one.  She can now keep that pop socket in her purse, put it on her phone or give it to her teenage daughter when she gets home.

It is not mine anymore, so she can do whatever she wants with it.  That is a basic transaction, and it’s a pretty old school, mom and pop-style, off-the-books type of transaction.

But what if it was not a pop socket but instead a digital license for a pop socket download for 3D printing?  Wouldn’t you want that on the books?  A record that you bought the license and assurance that that same license wasn’t also sold to 10 other people? Yes, yes you would.  Because it’s a pretty cool pop socket, and you’ve been waiting since LegalWeek to get one. 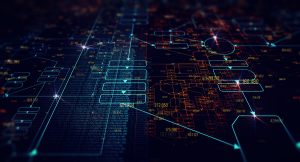 In that case, you want the fact that you bought the pop socket, and details around that purchase and payment, to be tracked.

So a table or ledger storing that information is important, and since we are talking about a digital item or token, the ledger will be in the digital world.

But books can be cooked, ledgers can be fiddled with (did you see The Account?).  So you want more than a single ledger, because who manages or owns the digital ledger can influence the information.

And that is where the decentralized, everyone owns the ledger, blockchain comes into play.  If, when you create the token for the pop socket, it is automatically entered into all versions of the ledger, maintained by everyone, then there is no way for a single owner to game the system.  If I tried to sell that identical token to multiple people, the ledger would catch me, and I couldn’t do it.

So just like at CLOC, when I handed the physical pop socket over to Lawyer A and she walked away knowing that she had it and could use it and no one else would have it or use it unless she gave it to them, blockchain gives Lawyer A the same level of assurance and security in the digital world.

Except Lawyer A didn’t have to go to Las Vegas to get the pop socket, and she didn’t have to wait several months to get one.  It was done online, and she got instant gratification.

Ok, so now you understand blockchain.  Great, now what?  Why do I think you care, other than not sounding like an idiot when people talk about Bitcoin or Ethereum?  Wait, I haven’t explained those yet, have I?

So, Bitcoin and Ethereum are the two most popular crypto-currencies out there. There are other alt-currencies (Dash, Monero, Litecoin and about 18 others) that people talk about but are not yet highly valued, so we will focus on just the idea of a crypto-currency.

Right now to store, manage and trade $$, I need some kind of bank (and bank could be a person who gives you money), at least somewhere in the process.  Online bill pay, PayPal, Venmo, Western Union, whatever online money transferring system you use, it is an intermediary pulling money from somewhere and sending it somewhere else.

In addition to your banking fees, you also have transit fees in order to exchange currency. 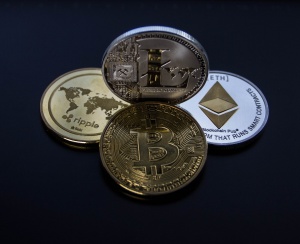 The second reason is security. A blockchain creates the assurances I mention above, but it also tracks every transaction associated with that digital license for the pop socket.

When the boyfriend of the friend of the daughter of Lawyer A goes to 3D print the pop socket, there will be no delays or licensing disputes, because the blockchain has tracked all the transfers and proof of ownership cannot be in question.

Both of the above reasons are why Bitcoin is so popular – I can transfer currency any time I want, without a middleman’s fees, and I know that my ‘money’ is safe because of the distributed ledger.

So you may care because you own bitcoin or are tired of stores being hacked and feeling like your money isn’t safe, but you will also care because blockchain isn’t only used for crypto-currency purposes.  Smart Contracts are rising in popularity, and as a person who may use one, and as a legal professional, it is imperative to understand not only how blockchain works or why it’s important, but how it will impact the law and eDiscovery.

Several law firms have already taken giant steps in preparing themselves for the legal and eDiscovery implications –  KL Gates, Nelson Mullins and all the law firms I mentioned as participants at the CM Law symposium, to name a few.

These law firms are building practices and hiring/training practice leads focused on solving for blockchain issues or implementing Smart Contract blockchain technology in their legal practice.

Money, property, shares, anything of value really, can be negotiated and exchanged via blockchain.  For many of these assets, like property, you would traditionally need to hire a lawyer to negotiate and finalize the deal. That’s just the way it has always been done, because traditionally you need someone to notarize everything as proof of the deal.

Blockchain obviates the need for that legal process, as the online, decentralized ledger forces the process to be above board in the sense of data manipulation and transparency. You can see what was agreed to every step of the way, as can everyone else who owns the ledger, and you can’t just change or delete info, because it would have to be changed or deleted in everyone’s ledger.

Blockchain is a somewhat new technology, and like with the Internet of Things (IoT), the law hasn’t caught up, but I suspect we will start seeing a lot more SmartContracts being created in 2018/2019, especially with the likes of the above law firms helping their clients use them.

Understanding how blockchain works, what data is being tracked and where, will be critical to both law practice and the eDiscovery process.

I am sorry that I couldn’t be at the CM|Law symposium today. What they are doing, bringing experts in the field together to talk about blockchain and the legal impact this new technology is having on the law and legal practitioners alike, is a necessary step to the evolution of both the legal process and helping the law catch up to present day activity.