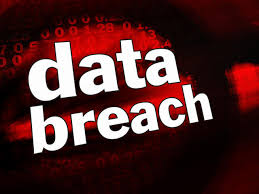 A breach is found. Now whom do I tell?

Robb: Attempts to contact a breached company (if the breach is unknown to them) often has no direct point of contact for reporting it. For example: Many times the Darkweb will discover vulnerabilities, exploit/extract the data and share or sell the stolen data before anyone outside of the Darkweb is aware that a breach has occurred. Aside from having a good incident response plan, I believe that there should also be a point of contact for reporting the breach directly to the company and it should be easy to find and openly accessible from the company website.

Vanderburg: You bring up a good point, and it is quite relevant considering that more than 69 percent of breaches are discovered by outsiders. I wonder how often a breach is discovered but not reported due to there being no easily discernible way to contact the organization. When organizations are discovering breaches within weeks or months of the breach rather than days, it is imperative that they make use of such a system to allow for breaches to be quickly reported. Of course, I don’t want to imply that organizations should not rely on others to notify them of their own breaches and not perform their own due diligence in breach detection.

So, with that said, the questions I see are who or which group should be the contact within an organization, how that person or entity can be contacted, and how reported breaches should be handled and investigated.

Vanderburg: The aforementioned elements should be integrated into the incident response plan and should be part of incident planning discussions. For example, the roles and responsibilities section would contain an incident reporting person and the validation section would describe how a reported incident is validated and whether it will be classified as an incident resulting in the enaction of further elements of the plan. As you mentioned, training should include identifying the contact person. I have led awareness training sessions and often I will ask the group members, “Whom do you contact to report an incident?” I sometimes get a variety of amusing responses but after I point out the person or group they should contact and then we walk through indicators of an incident and each person’s responsibility in protecting against data breaches.

Robb: Should the company have its incident response plan “in-house” or retain the services of a breach resolution partner?

Vanderburg: The incident response plan is an organizational document much like other policies and procedures so it should ultimately go through review from senior management and reside within the organization. However, it can be quite helpful to bring in experts in developing the plan so that best practices are implemented. Also, an organization may not have the necessary response resources available to them in-house so it is best to identify a third party that is willing and able to perform those activities and to document this in the plan. In such cases, the incident response plan or subsections of it would also reside with the third-party incident responder.

Robb: After visiting 10 random company websites from the Alexa top 100, there was no direct point of contact for reporting a data breach at any of these companies. Where should this be implemented in the incident response plan?

Vanderburg: Typically a generic email account such as breachreport@company.com would be forwarded on to one or more people mentioned in the roles and responsibilities section of the incident response plan. If there are multiple people who receive the message, the roles and responsibilities section should specify who would take the ticket. For example, there may be a rotation where someone is responsible each week or it could be based on which shift a person works. In other cases, there is a primary contact and a secondary or “deputy” contact when the primary is unavailable.

Lastly, metrics should be tracked on response time for breach reports to foster continuous improvement and the actions should be audited to ensure consistency.

There is little doubt that a well-considered, up-to-date and frequently tested incident response plan is a critical part and parcel of any company’s incident security program. It is also recommended that companies revisit their website navigation design and implement a data breach “point of contact” in the primary navigation area.