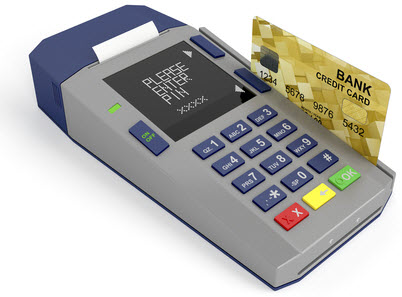 Security breaches and identity theft are becoming an increasing concern for consumers as hackers continue to target large retailers. Target, Sally Beauty Supply, Neiman Marcus, Home Depot, Michaels, Dairy Queen and Kmart are among retailers recently hacked. These incidents have resulted in stolen personal information such as phone numbers, addresses, emails, and credit card information. As a result of these breaches, affected consumers are more likely to fall victim to identify theft.

The following is a summary of retailers who recently suffered a data breach. Reports suspect hackers were able to infiltrate these stores by installing malware on their point-of-sale systems. Information was then stolen when credit cards were swiped at the store during checkout. The data stored on the magnetic strip of the credit cards, such as the number and expiration date, was then used to make replicas and sold on the black market.

Target’s security breach occurred late in 2013. Reports concluded that 110 million people were victims of stolen personal information due to the breach. Credit card numbers, names, addresses, phone numbers, and emails were included in the theft.

Sally Beauty Supply detected a breach in February of 2014. During this hack, nearly 25,000 customer’s credit card information was stolen, including the 3 digit CVV numbers.

Hackers began infiltrating Neiman Marcus as early as July of 2013, and were not stopped until January of 2014. Neiman Marcus reported that up to 1.2 million credit and debit card users were potentially affected by the security breach.

In September 2014, Home Depot confirmed that they were the latest victims of a data breach. Home Depot began investigating transactions from April of 2014 through September. The scope of the breach is still being verified. At this time, debit PIN numbers are not expected to have been compromised, just credit card numbers. It is highly likely that Home Depot was hacked by the same malware that breached Target’s systems in 2013.

Home Depot has confirmed that brick and mortar stores in the United States and Canada are affected. There is no evidence that the stores in Mexico and transactions through HomeDepot.com have been affected.

In January of 2014, Michaels Stores suffered a data breach. The attack occurred between May 2013 and January 2014. Roughly 3 million customers were subject to theft. During the attack, hackers stole credit and debit card numbers, as well as expiration dates. Luckily, PIN numbers and card holder’s names were not suspected to have been compromised.

Dairy Queen released in October of 2014 that they were hit with a security breach. Malware on the registers stole customer’s credit card data from 395 different Dairy Queen Locations. There is no evidence that PIN numbers, social security numbers or email addresses were compromised. However, credit card numbers, expiration dates and customer names were exposed during this breach.

On October 9, 2014, Kmart discovered that they had suffered from a security breach. No personal information such as social security numbers or PIN numbers are suspected to have been stolen. Credit and debit card numbers were the target of this particular breach.

How Consumers Can Protect Themselves from Hackers

The breaches at Target, Sally Beauty Supply, Neiman Marcus, Home Depot, Michaels, Dairy Queen and Kmart are proof that even large retailers can be vulnerable to hackers. Unfortunately, it is impossible to forecast a data breach at any of your favorite stores. The bottom line is, security breaches will always be a threat. If you follow the steps to protecting yourself then  you can lessen your chances of becoming a victim.