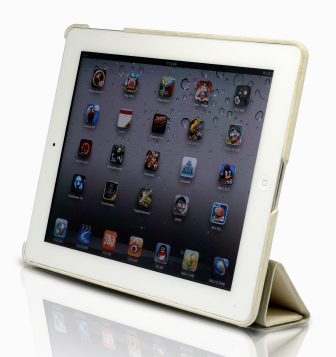 iPad in the Enterprise: What is the Risk?

Home / Blog / iPad in the Enterprise: What is the Risk?

“Thinner. Lighter. Faster. Facetime. ” That is the catchphrase from the Apple page dedicated to the iPad. While Apple is known for its pithy titles for their amazing products, there is one thing that is oft ignored, but always important, and that is security. More and more people are adopting the iPad and some are using it to access business data but how can they do that securely? This article outlines the risk of using the iPad in the enterprise and some dos and don’ts for iPad security.

Consider this office scenario surrounding the iPad. The iPad 2 is just released and an executive is interested in one. Soon, with the help of a few tech savvy people in the office, he is connecting to the corporate network and accessing company data and systems. The thought of security never entered his mind. What can be done to protect this company from data loss?

While an iPad may provide a bump in productivity it also provides another portal for hackers and thieves. The problems range from a lack of uniformity in software to protect from hacking (see our LulzSec series) to general nonchalant behavior among employees about the protection of their iPads.

One of the major pitfalls of the iPad is the relative dearth of protective apps in Apple’s otherwise immense app store. Also, those apps that are available for protecting an iPad are not uniform. Apple does scrutinize apps that appear in the app store, but their net is not without holes, and an app that has malicious intent may slip through the cracks.

Even if there was uniformity within applications concerning security, there is not uniformity between users. Much of this has to do with the perception of the device. If users were to treat their iPads less like a magazine or a newspaper and more like a company computer, the need for more than the out-of-the-box security would be clear. Here are some simple dos and don’ts that users and administrators should be aware of that can increase the security of the iPad.

As the popularity of the iPad continues to increase more and more companies will be faced with the struggle to secure the data users access via iPads. Executives and employees need to think outside of just the productivity and the coolness appeal of the iPad and look at the security concerns of the device. The tips here can help. Consider educating your employees on iPad security best practices.
For more information

iPad security for the enterprise still subject to debate

Copyright © 2020 Technology Concepts & Design Inc. All rights reserved. Privacy Notice
Ready to Get Started?
We use cookies to ensure you have the best browsing experience. By using our site, you acknowledge you have read and understood our cooking policy found in our privacy policy.Ok