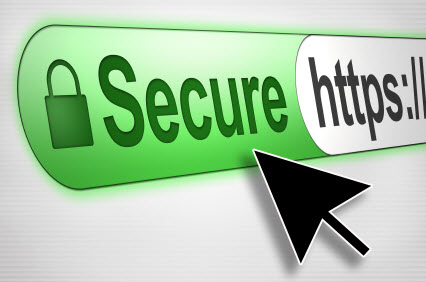 A Certified Lack of Confidence: The Threat of Rogue Certificate Authorities

Home / A Certified Lack of Confidence: The Threat of Rogue Certificate Authorities

For more than a decade, computer generated digital certificates have made it possible to authenticate the identity of computer systems, data, and web sites by connecting a public key with an identity such as an owner’s name.  The process relies on trust.  “Secure” websites utilize such a certificate to validate their identity.  This digital certificate is usually procured from a company that will verify the identity of the company administrating the site.  The digital certificate issued to them will be validated by a trusted root certificate authority or by a server that is trusted by the trusted root.  This chain of certificates is called a certificate hierarchy.  A small group of trusted certificate authorities is installed on computers within the operating system.  These authorities include such names as Equifax, VeriSign and Thawte.  So what happens when the system breaks down?

Rogue certificates allow attackers to create illegitimate sites that are indistinguishable from real sites like eBay, Google or PNC because their certificate hierarchy can be validated.  Users then will be redirected to such sites through phishing or ‘”man in the middle” attacks where a compromised host in-between the user and a legitimate site sends traffic to an illegitimate site instead.

There are several ways companies can protect their users from the damage caused by the use of rogue certificates.  The most important action that can be taken is to install browser patches as soon as they are released because updates to root certificate authorities will be distributed through these patches.  In order to do this, revisit your patch management policy to determine optimal patch deployment intervals and minimize the amount of time machines are vulnerable to attacks.

Similar to server hardening and other security techniques that limit asset exposure, an examination and subsequent reduction of the number of trusted certificate authorities is important in assuring safe computer usage.  Some certificate authorities are region specific, thus, they can be removed if sites in those countries are not utilized.

Attacks in recent years have shown that the certificate trust relationship can be exploited to be used to impersonate legitimate sites and services.  The best way to assure actual service  is to maintain current computer browser and operating system patches.  In addition to keeping patches current, reduce your potential exposure to rogue certificates by limiting the number of certificate authorities you trust and enforce certificate revocation checking.

Why Diginotar may turn out more important than Stuxnet

Compromised certificate authorities: How to protect yourself